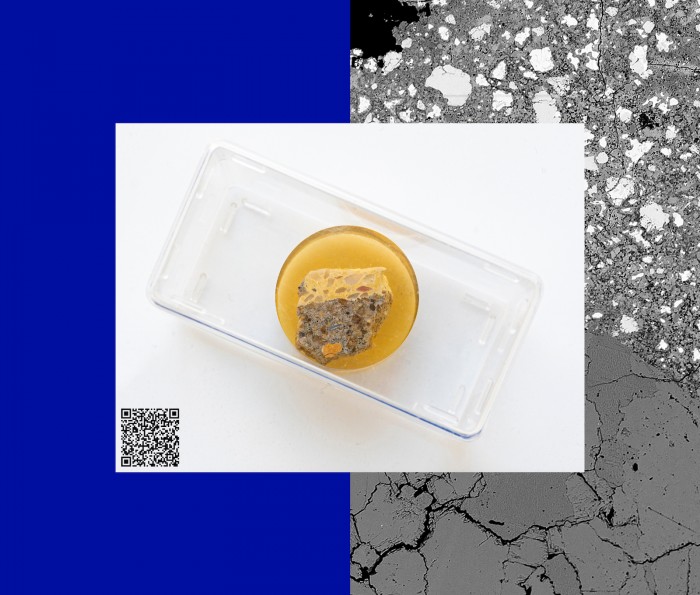 In order to engage the multiple meanings and complex history of architecture’s modernisms and their history of migration and transfer, and to amalgamate a diffuse body of knowledge, the Centre for Documentary Architecture (CDA) has employed the methods of its namesake, “documentary architecture.” This means combining material clues and digital traces in examining a geography that cuts across scale – from the granularity of aggregate in concrete to the geopolitical carving of entire regions – and across history – from the beginning of the Weimar era to the present day.

This exhibition analyses architecture on both sides of the infamous Sykes-Picot line. Based on a secret treaty concluded between the UK and France in 1916, this line partitioned the former Ottoman Empire and has fuelled an endless conflict ever since. Using case studies that aim to map the politics and logistics of the transfer of building materials, with a special focus on (white) cement, architecture is presented as a documentation of historical and political connections.

The research into the materiality of modernist architecture aims to connect specific buildings not only to the complex history of colonial control and occupation in the region, but also to networks of architects, building patrons, traders and builders of modern architecture across Palestine and the Arab world, as well as to trans-Arabian infrastructures and routes of trade or exchange that are no more.

In order to amalgamate a diffuse body of knowledge, it is necessary to undertake both a cross-border and an open-data approach. The exhibition’s conceptual matrix is organized along two axes, matter and data, which link film documentation, archival studies, material analysis and digital building documentation in both tactile and media presentations. Architectural case studies – presented as “architectural biographies” – become key to understanding bureaucratic actions, abstract economic principles and political relations, while materials are explored on the spectrum of both microhistory and macrocartography.

The plain surfaces of modernism are what lead it to its fascination with paint, but when we peel away these layers, an archaeology of modernism is forced to reveal the strata of a fossilized past. The depth of the wall is the building’s “unconscious.” It is with this new sensibility of documentary architecture, and through a critical use of new technologies, that we can start to make sense of the pulverized molecular fragments of history – the clouds of dust raised by the region’s warlords, scattered across borders drawn in sand, then marked in concrete, gathering in the depths of buildings – and assemble them into data.

This exhibition presents research and documentation from the growing digital archive of the Centre for Documentary Architecture (CDA), an interdisciplinary research collective of architectural historians, filmmakers, and digital technologists. It is part of ongoing research engaging with architecture’s modernisms and their history of migration and transfer, as well as their various afterlives and reinterpretations.

The exhibition is supported by the Czech-German Future Fund.