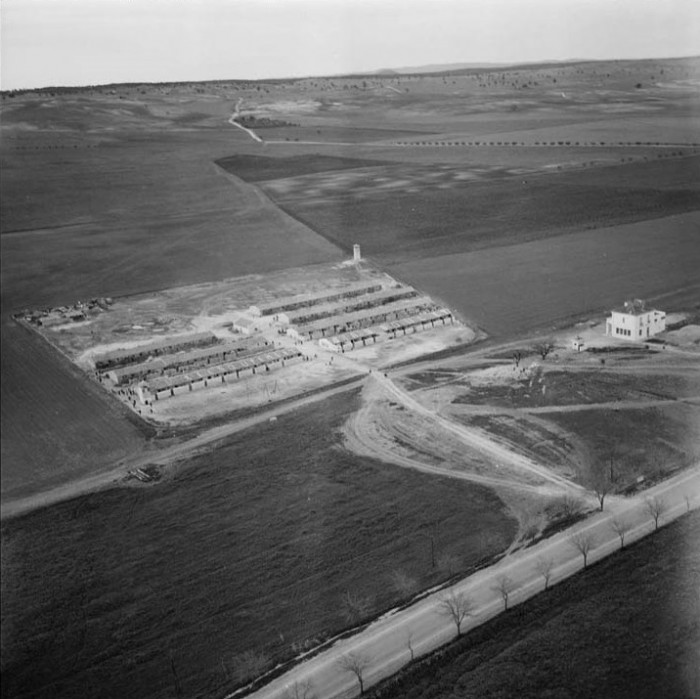 The talk discusses Architecture of Counterrevolution: The French Army in Northern Algeria (2017), a book that examines the roots and effects of French spatial colonial policies and military counterinsurgency operations in Algeria during the Algerian Revolution (1954–1962). During this bloody and protracted armed conflict, the French civil and military authorities designed and completed not only tactical destructions, but also new constructions in order to allow for the strict control of the Algerian population and the protection of the European communities of Algeria. This study focuses on three interrelated spatial measures: the massive forced resettlement of Algerian populations; the mass-housing programs designed for the Algerian population as part of General Charles de Gaulle’s Plan de Constantine; and the fortified administrative new town planned for the protection of the French authorities during the last months of the Algerian Revolution. The talk will be followed by a guided tour of the exhibition Discreet Violence: Architecture and the French War in Algeria that discloses the massive forced resettlement of Algerian population. The tour examines the intentions and strategies for “de-propagandizing” French military orchestrated videos and images that are exposed at the VI PER Gallery.

Samia Henni is Assistant Professor of History of Architecture and Urban Development at the College of Architecture, Art, and Planning, Cornell University. In 2016, she received her Ph.D. (with distinction, ETH Medal) in the History and Theory of Architecture from the gta Institute, ETH Zurich. Her teaching and research interests include the history and theory of the built environments in relation to colonialism, displacements, gender, race, religions, and wars from the first European colonization to the present. She is the author of Architecture of Counterrevolution: The French Army in Northern Algeria (Zurich: gta Verlag, 2017) and the curator of Discreet Violence: Architecture and the French War in Algeria (2016–2018, ETH Zurich, Het Nieuwe Instituut in Rotterdam, the Archive Kabinett in Berlin, the Graduate School of Architecture in Johannesburg, La Colonie in Paris, and VI PER Gallery in Prague). She taught at Princeton University, ETH Zurich, and Geneva University of Art and Design.